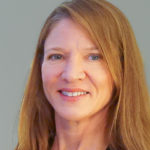 Professional Staffer, Select Committee on the Modernization of Congress

Marian Currinder is a permanent staffer of the U.S. House of Representatives’ Select Committee on the Modernization of Congress as of December 2019.

Formerly she was a senior fellow with the R Street Institute’s Governance Project and the editor of LegBranch.org.

Earlier in her career, Marian previously served as senior fellow and curriculum director at the Government Affairs Institute at Georgetown University, led U.S. government accountability and transparency projects for two nonprofits, and taught American government at the College of Charleston.

She is the author of Money in the House: Campaign Funds and Congressional Parties and co-author of the textbook Congress in Context. She also has published numerous articles and book chapters, mostly focused on Congress and campaign finance.

Marian earned her bachelor’s at Pennsylvania State University and her doctorate at the University of Florida.

April 12, 2019
Eliza Collins, “How Nancy Pelosi is leading divided Democrats through political turmoil, Trump’s administration,” USA Today: “The only woman to become speaker of the House – not once, but twice –… Read More
Post

March 29, 2019
Katherine Tully-McManus, “Should Congress spend more on itself to avoid deterioration?” Roll Call: “Civil society groups and former lawmakers are calling on appropriators to boost funding for Congress itself to… Read More
Post

March 27, 2019
Editor’s note: Over the next several weeks, LegBranch will be posting a series of reform proposal memos by congressional scholars. These proposals will take up a range of topics, including… Read More
Post

March 21, 2019
Re: FY 2020 302(b) Allocation for the Legislative Branch Dear Chairwoman Lowey, Ranking Member Granger, and members of the committee: On behalf of the undersigned bipartisan group of civil society… Read More
Post

Select Committee on the Modernization of Congress: Member Day Hearing

March 13, 2019
The Select Committee on the Modernization of Congress held a Member Day hearing on March 12, 2019. Testimony from the 31 members who appeared before the committee can be viewed… Read More
Post

ICYMI: Congress, the President and Trade: Who Should Decide?

March 12, 2019
The Trump administration’s imposition of tariffs has made trade policy one of today’s most contentious issues, prompting Congress to consider various reforms to make itself more central to trade policymaking. Read More